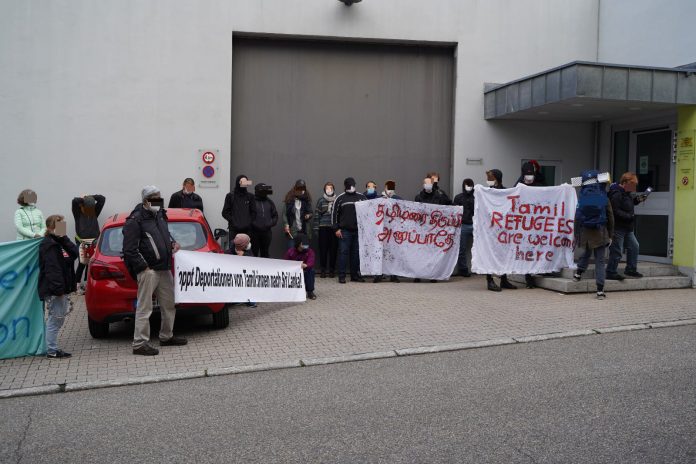 8:30AM, 9 June 2021, Pforzheim – Germany — After 70 hours of a continuous demonstration activists supporting IMRV’s call to halt the deportations of Tamils to Sri Lanka today are trying to block the gates of the deportation prison in Pforzheim. The police have physically split the activists into two parts. They have also cut off the possibility for them to mobilise more people to prevent the deportations. The police are threatening to arrest all protestors.

Update at 11:00AM, 9 June 2021, Pforzheim – Germany — the German police have forced the protesting people from the road in order to take the deportation vans to the airport:

“One van came in and took some people out, we tried to physically stop it by sitting on the road but the police physically pushed us out of the way…and the van when through the corner… This van will not fit all so there will be more… we will try to stop the other vans..”