We are asking politicians, organisations and individuals from around the world to make public appeals to New Zealand Prime Minister Jacinda Ardern to rule out any role in the Australian ‘stop the boats’ policy and resettle the refugees from the Andika featured in this film. Please send copies of your statements to us at imrvbremen@gmail.com so that we can publicise them.

WATCH: Stop the Boats – the lie of saving lives at sea (a 25 minute version of film below)

European journalists Nicolai Jung and Phil Miller’s film Stop the Boats – the lie of saving lives at sea — which premiered at the Nuremberg International Human Rights Film Festival — exposes both Australia’s brutal interception policies to stop boat arrivals of refugees and the lies that justify those policies.

The film reconstructs the ill-fated journey of the Andika that was attempting to reach New Zealand (NZ) in 2015 but forced back by the Australian armed forces. NZ’s role in this episode is murky but raises the possibility, as former NZ parliamentarian Keith Locke stated, that “the Australian navy is under instructions from the New Zealand government to intercept any such boat and send [them] back to Indonesia.”

Australia’s policies have served as a precedent for Frontex, the EU border agency, and more recently the EU-Italy-Libya deal, which has sent naval vessels to Libya to stop people fleeing to Europe. The consequences of which, according to the UN Humans Rights chief, have been “an outrage to the conscience of humanity.”

This week thousands of refugees across Indonesia launched protests against another aspect of Australia’s policies designed to stop boat arrivals — the ban on any refugee ever being resettled to Australia if they get recognised by the UNHCR as refugees in Indonesia. The refugees from the Andika also joined these protests, calling on other countries to come forward to accept Tamils for permanent resettlement. But does NZ also have a ban on resettling refugees from Indonesia like its partner Australia?

NZ’s new Prime Minister Jacinda Ardern proclaimed the politics of “kindness” at the UN General Assembly last year stating “everyone is entitled to have their dignity and human rights respected” and said “we must consistently hold ourselves to account.”

Accountability was also raised at her historic speech at Waitangi Day 2018, marking the signing of a treaty between New Zealand’s first nations peoples the Māori and the government in 1840. Ardern told the Māori people to: “Hold us to account. Because one day I want to be able to tell my child that I earned the right to stand here. And only you can tell me when I have done that.”

But in recent weeks Ardern’s leadership has been questioned in her response to a land occupation by an indigenous Māori community at Ihumātao, opposing a multi-national corporation’s housing development. A site of special spiritual and historic importance, the land was stolen from Māori by the government in 1863. In face of a government invasion led by British troops Māori were forced to seek refugee in other lands and their own was “subsequently confiscated, houses and property looted or destroyed, and horses and cattle seized by settlers for sale in Auckland”. Jacinda Ardern has so far distanced her government from any responsibility for the issue, even though the various UN human rights bodies have called for her to intervene.

Ardern’s proclaimed values of “kindness in the face of isolationism, protectionism, racism” are welcomed in today’s world in which regimes in Australia and the U.S. openly display their brutality towards asylum seekers. But as Ardern says she must be held to account to these values. We therefore call on politicians, organisations and individuals to make a public appeal to Jacinda Ardern to distance her government from Australia’s much condemned and criminal ‘stop the boats’ policy and rule out any NZ involvement. We also call on Jacinda Ardern to resettle the remaining handful of refugees from the Andika who remain in Indonesia to NZ.

Please send links or copies of your statements to us at imrvbremen@gmail.com – so that we can publicise them. 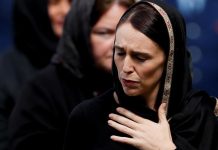 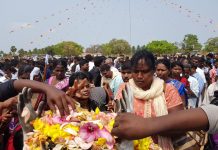 Join the campaign! make a selfie or a video clip! support...

How Dilan’s torment relates to all of us