Home News Report of Press Conference on the Trial against Tamil activists in Switzerland...

Report of Press Conference on the Trial against Tamil activists in Switzerland (Zurich on 25.05.18) and some events following it.
As way of introduction Viraj Mendis explained why the German based organisation – Internationaler Menschenrechtsverein Bremen (IMRV)– finds itself organising this press conference. He said that this legal action is not unique to Switzerland, and that it can be seen as part of a series of such trials in Europe that has been initiated (after the massacre in 2009) against Tamil refugees. Having observed both the court cases in Germany and Switzerland the IMRV is well placed to give context to the court case in Switzerland. He went on to describe the tense political atmosphere created within Switzerland (unlike in the German case) by the anti-Tamil narrative of the prosecutor being reproduced in the Swiss Media. As he was introducing the important panel members, from Sri Lanka, London, Switzerland and Tamil Nadu – India, he pointed out that one of the speakers Thirumurugan Gandhi has had to leave the protest action his organisation was taking part in, at a critical stage to attend this press conference.
Andy Higginbottom, in describing the context to the case, started with pointing out that Switzerland is a country that hosts the United Nations – the body that completely failed (in their own admission) to protect the Tamils in the hour of need. He went on to explain how Britain and the USA played an active role to undermine and eventually destroy the peace process, and thereby unleashed the genocidal war against the Tamil people. Andy described the process where the USA and the UK pressurised unwilling EU countries like Germany to proscribe the Tamil resistance movement the LTTE. And when the LTTE was eventually banned by the EU, and the military solution that the UK and the US desired was implemented. After this EU ban, the Swiss Government was seen as the only possible authority to provide a platform for negotiations to restart and the war to be halted. Dr. Higginbottom emphasised the importance of the position of conscious and conscientious neutrality that Switzerland had adopted – right up to the terrible slaughter which reached its climax in 2009. He then went on to describe the UK police-initiated sting operation to implicate Swiss Tamils (with the help of British statecraft no doubt), succeeded in changing the balance of forces within the Swiss prosecutor’s office. He argued that this intervention by the British state was in line with their general policy of criminalising, not only the Tamil resistance in the island but also the Diaspora activists who would be able to bring charges of genocide against the Sri Lankan state and expose those who collaborated with it. In this way the narrative of the Tamil Diaspora is itself being criminalised. He called on the Swiss authorities to revert to its position of conscientious neutrality, to allow the double narrative and drop the charges against the Tamils – whose actions to try to prevent a genocidal assault is legitimate.

The defence lawyer of one of the accused, Mr. Marcel Bosonnet explained the legal basis of the case and said that the attempt by the prosecutor is to change the status of the LTTE from being designated and a legitimate organisation to be deemed a criminal organisation. He said the main evidence that is being used to allege LTTE of criminal atrocities is from newspaper articles that have appeared in Europe and America – articles that are clearly from those who support the narrative of the Sri Lankan state. At the same time as this court case against the Tamils is going on the Swiss authorities have not taken any steps to implement an international commission to investigate the war crimes as proposed by the United Nations human rights chief. The Swiss government is more concerned with making agreements with the Sri Lankan government to facilitate the repatriation of large numbers of Tamil refugees to Sri Lanka and on economic joint ventures. Mr. Bosonnet, a long-time defender of Tamil people’s rights, called for the Swiss authorities to drop the case against the Tamils who are accused.

The representative of the May 17th movement in Tamil Nadu, Mr. Thirumurugan Gandhi told us how shocked he was when he first heard that the Swiss State, which he thought was famous for promoting peace and for having a balanced approach in international affairs could take this kind of position against Tamil people who are the victims of a genocidal assault. He went on to argue that when facing food and medicine embargo by the Sri Lankan regime at various stages of the struggle of the Tamils in Sri Lanka it was the Diaspora that provided the support that ensured the survival of the Tamil people. He said that by arguing that the Tamil Diaspora’s financial contribution to their brothers and sisters are a criminal act – they are attacking the very survival of the Tamils in the north and east of the island. This is because, when the Tamil community is under the mercy of the Sri Lankan regime – it is the Diaspora, with has an economic existence that it independent of the Sri Lankan state that is able to give support for the Eelam Tamils. If this connection is criminalised, then the Tamil people are left to the mercy of their enemies. He went on to passionately demand from the Swiss government: how can they make a case in Switzerland based on something that has happened in a far away country, without making a proper investigation about the events that has happened in that country. How can Switzerland, while making no effort at all to constitute an internationally backed investigation to what had happening in Sri Lanka, allocate blame in a Swiss court with the flimsiest of evidence. How can Switzerland, in a court here in this country on an alleged financial crime in Switzerland pass judgement on events in another country, where two parties are involved. How can Switzerland use – this pre-judgement against one party in events that occurred in a third country – as an argument to fortify a case against an alleged financial crime that had occurred in Switzerland? How can Switzerland do this without at least doing a proper investigation of what had happened in that third country?

Mr. Gajendrakumar Ponnambalam explained at the outset that the Sinhala Buddhist Sri Lankan Unitary State – as it stands, cannot tolerate the self-conscious Tamil entity to exist in the north and east of the island. It is for the elimination of this entity that the genocidal process is necessary. He went on to identify himself with the contributions made by the three speakers before him. Then, in a striking way, he explained the attitude that the Sri Lankan state took to the life and existence of the Tamils in the LTTE controlled Vanni. During the last stage of the on the Vanni which lasted eight months, the government insisted that there were only 70,000 people living in this Tamil self-administered area. As a result, minimal dry rations were only allowed to go through for that number of people. After the war ended in May 2009, over 300,000 people had survived. As over 70,000 people had perished, there had been in fact around 400,000 people in the Vanni – when the Sri Lankan regime had insisted that there were only 70,000. So, 400,000 people had to survive for many months on the minimum dry rations for 70,000. Mr Ponnambalam argued that if during the period of intense war, with the attention of international observers on Sri Lanka, the regime was able to get away with this kind of lie, to imagine the decades before and the nearly a decade after – what the regime is able to get away without the spotlight being on the island. He said during this whole period, it is the Diaspora that was able to sustain the Tamil community in the north and east of the island. In this context he emphasised what an injustice it is to criminalise those who try to support their brothers and sisters who they had left behind. Mr Ponnambalam also emphasised the points raised by Mr. Bosonnet and Mr. Gandhi calling for Switzerland to initiate an international investigation into the atrocities that took place in the island instead of attacking the diaspora activists.

Just as the Press Conference was taking place the news was coming out from India about the deadly attack on unarmed protestors – demonstrating against the expansion of the massive copper Smelting plant in Tamil Nadu. Mr. Thirumurugan Gandhi, who spoke so passionately in support of the Eelam Tamils at our press conference was an active participant of this mass environmental protest. The plant is a health and environmental catastrophe, with the waste products effecting fishing, farming the health of the people living nearby.

Officially it has been acknowledged that 13 people were killed by the police firing on the demonstrators, but it is feared the casualties are much more. Some of the organisers of the demonstrations have been targeted by police sharpshooters while others have been arrested and detained – some held under sedition charges. The plant in owned by the British headquartered Vedanta Resources and provides most of the copper for India’s use. So, the stakes are high. Official orders to close the plant has been overruled in the past by the Supreme court. Mr. Thirumurugan Gandhi and the movement that he represents has strongly supported the Swiss Tamil campaign with the strongest input to the selfie campaign. 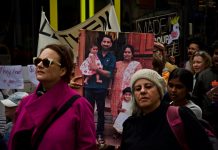 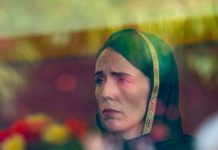 We handed out a leaflet which we prepared specially for the Rosa Luxemburg/ Karl Liebnecht commemoration events on the 13,14, 15 January in Berlin. You can find the leaflet here.

we would appreciate similar photos of support from Tamil people from all over the world (slogans on your placard can be in any language) and people of any nationality.

PDF Document (we are no longer collecting signatures for this petition)

Thirumurugan Gandhi released on bail! But charges and cases against...

Internationalist commemoration of the 10th anniversary of the genocide of Eelam...